About Us
|
Our Staff
|
Why Choose Us
|
Testimonials
|
Contact Us

We have years of experience caring for families, from all walks of life. Each family comes to us because they know we are leaders in our profession, dedicated to excellence in service, and have the highest integrity. 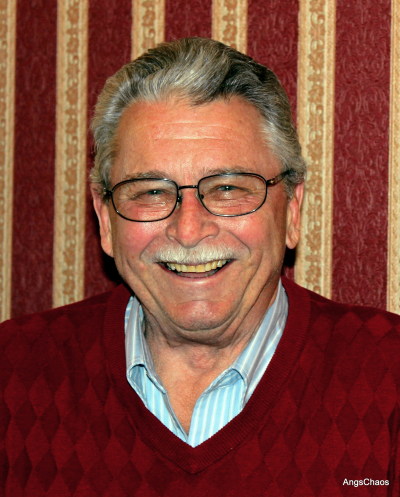 He was born February 22, 1944 in Chillicothe, the third son of the late Ernie and Leora Hartley Goebel.

In 1974, he purchased the former Fred L. Cannon Funeral Home in Crooksville. At that point, he amended the corporate name to Goebel Funeral Home, fulfilling his dream of owning and operating his own funeral home, where he would serve the families of the surrounding communities for the next 42 years. In 1975, Pat was appointed to the Board of Directors of the Perry County Metropolitan Housing Authority where he served as Chairman. Plus, he served as a board member of North Valley Bank from 1989-2007.

He deeply enjoyed hunting, fishing, many outdoor activities and was an avid and expert gun collector. Each year, he and Dorothy hosted a deer camp for friends and family. His quest for knowledge led him to read countless books, magazines and newspapers. Pat was a self-taught carpenter who, over the last 42 years, has completely renovated and modernized his funeral home building. With the help of his late friend Bob Higgins, he designed and built his dream home known as "The Barn".

Pat is survived by his wife, friend and workmate of 33 years, Dorothy I. Harbaugh Goebel whom he married, July 13, 1982. He is the loving and devoted father of Amy and Gregg Hanner of Dublin and Julie Goebel and her partner, Beth Puleo, of Columbus.

“Pat. P. Goebel passed away, leaving behind a reputation, a quest for knowledge--how to continue striving for better service and a loyalty to high ideals, all of which have been left to be carried out by his wife Dorothy I. Goebel and the employees of the funeral home.” 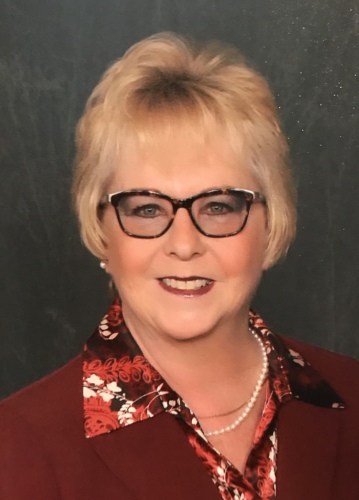 Dorothy (Harbaugh) Goebel, owner, funeral director, embalmer, and insurance Pre-need agent has served our communities with excellence for more than 30 years, having worked at Goebel Funeral Home prior to attending Cincinnati College of Mortuary Science. Born in Zanesville in 1954, the fourth child of the late Bernard Harbaugh and Harriett Weiner Harbaugh Densmore of Crooksville, Dorothy graduated from Crooksville High School (also CHS) in 1972, attended Ohio University and graduated from CCMS in 1980, becoming a licensed funeral director and embalmer in 1981. She married Pat Goebel in 1982 and worked side by side with him to help raise his two daughters and make Goebel Funeral Home what it is today. Dorothy is a very active member of Church of the Atonement Catholic Church, Ohio Funeral Directors Assoc., Ohio Embalmers Assoc., and VFW 9090 Auxiliary. She enjoys fishing, hunting, gardening, shooting sports, cooking and canning, and caring for 19 pets. Dorothy is also an avid dancer, taking dance classes since the age of 4 and she spent many years teaching dance. She still takes classes in clogging, tap, and jazz. Dorothy has made it her life’s work to provide the finest care possible to all the families who are served in their time of need by Goebel Funeral Home and its very capable staff. 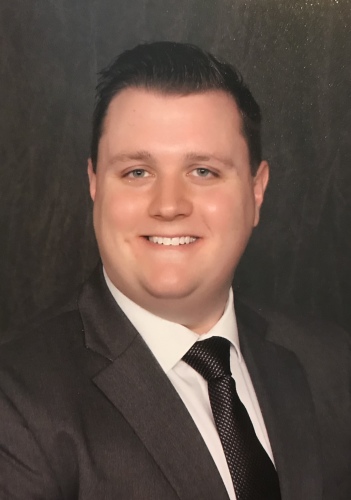 Kyle Eveland is a licensed funeral director, embalmer and pre-need insurance agent for the Goebel Funeral Home and Cremation Services. He was born December 18, 1991 in Zanesville, Ohio. Kyle is the son of Robert "Bob" and Amy Compston Russell of Crooksville. He graduated from Crooksville High School in 2010. Kyle is an alumnus of The Ohio State University, Columbus and Zane State College, Zanesville. He graduated Summa Cum Laude (4.0 GPA) with a Bachelors in Mortuary Science from the Cincinnati College of Mortuary Science. While in attendance, Kyle received the Dr. George M. Sleichter award for academic excellence, the Class President recognition award and the Ohio Funeral Directors Association Leadership Award. He also had the opportunity to be awarded several scholarships including, the Schaefer & Busby Scholarship, the Ohio Funeral Directors Academic Scholarship, as well as the Service Corporation International Scholarship. Kyle is also credentialed as a Certified Crematory Operator by the National Funeral Directors Association, a Certified Funeral Celebrant by the In-Sight Institute and is Goebel Funeral Home's OSHA officer. He has two brothers; Nathan Eveland and Bobby Russell, and a sister; Jackie Russell. He enjoys spending time with his two nephews and niece. Kyle is an active member of the Church of The Atonement Catholic Church in Crooksville where he serves as Eucharistic minister, lector and usher. He is also a member of the Knights of Columbus No. 1065. Kyle enjoys playing golf with his friends and is an avid gardener where he grows exotic plants and some of the world’s hottest peppers. Kyle is very excited to continue to serve the communities and families of Crooksville, Roseville and surrounding areas for years to come.

About Us
Our Staff
Why Choose Us
Testimonials
Contact Us

What is Preplanning?
The Benefits of Preplanning
Pre-Arrangements Form
Have The Talk of a Lifetime

We stand ready to assist you. If a death has occurred, please call us on the number below: