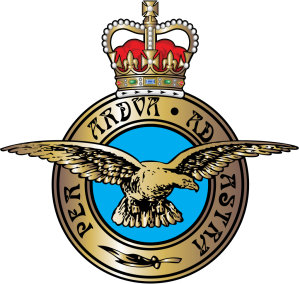 Stella Marian Dunn, 97, of Crooksville peacefully passed away in the morning hours of April 14, 2021 in her home, while under the care of Genesis Hospice and Palliative care.

She was born in Radstock, Mid-Somer-Norton, near Bath, England, Great Britain on October 11, 1923, the only daughter to the late, James and Edith (Guiliford) Turner.

Marian was raised and spent her younger years in Barry, Vale of Glamorgan, South Wales, Great Britain with her brother Rex. During the height of World War II, Marian joined the Royal Air Force as Leading Aircraft Woman in the medical-dietary ward stationed at Watford Stanmore RAF Base. She and many in the south of England endured intense German air blitz operations. She met her soon-to-be husband, on leave from Burtonwood US Army Air Base, where both were touring Edinburgh Castle. They married June 26, 1945. Marian joined with thousands of other on-board War Brides March 1946 to sail to the United States on the ship, Queen Elizabeth. Her first Sunday in her new country was on a glorious April Easter Sunday where she excitedly “started a new life”. Never forgetting her homeland, she and her husband and sons took trips to see family in Barry, South Wales.

Marian loved making dessert trifles, welsh cakes, pies and growing her beloved daffodils--the national flower of Wales. She made her Christian home within the walls of the former Crooksville E.U.B. church where she spent many years in the adult choir, teaching children’s Sunday school, and vacation Bible school.

Marian is preceded in death by her husband, Alfred Dunn who died March 4, 2003 and her brother Rex Turner who died in 2007.

The Dunn family has chosen to mourn privately in the memory of a beloved Mother, Grandmother and Great-Grandmother. Marian will be memorialized privately at Crooksville Cemetery where she will be laid to rest beside her husband.

The family has requested memorial donations be made in Marian’s name to the Leukemia Society and/or Genesis Hospice & Palliative Care.

To send flowers to the family or plant a tree in memory of Stella Marian (Turner) Dunn, please visit our floral store.

You can still show your support by sending flowers directly to the family, or by planting a memorial tree in the memory of Stella Marian (Turner) Dunn